About- Jesus Met The Woman… By: Kingwasabe. . . . . This track borrows a traditional biblical tale; a classic song re-authored with twists, melodically juxtaposed, into conformation with modern world mal-adaptive ethical symptomology.

Published in two versions. Select option, for 100% Proceeds donated to Charity. The published vinyl press, or, a high quality digital download, is available from Kingwasabe Music.

This first performance recording, Version one, is a slightly bent, Acid Rock, solo Guitar style. The instrument is voiced in a precise manner for burning through a dormant societal humdrum ambience, yet it is mild, and effectively calming.

This may be due to the fact that the tuning reference is calibrated on the instrument as when a strings musical note of, A-4, is sounded in playing. The string’s vibration resonates at the frequency of 432 hertz. The instrument in this performance piece, is voiced and set at, Open Tuning, or, Standard Tuning.

All of the strings of this instrument, are tuned in accordance with this reference. This is know as The, Pythagorean, Tuning reference. This tuning reference was researched and originally accredited, to be devised by the Greek Philosopher, Pythagoras. Pythagorean tuning, is a system of musical tuning in which the frequency ratios of all intervals are based on the ratio 3 to 2.

This ratio, also known as the, Pure, Perfect Fifth, is chosen because it is one of the most consonant, and because of importance attributed to the Divine Integer 3, as similarly known in the Pythagorean Geometry of The Divine Triangle. This particular Tuning Reference, has lost popularity since World War Two, When Adolf Hitler ordered The Berlin Philharmonic Orchestra, to re-tune it’s Concert Tuning Reference to, A: 4, at 440 Hertz, which would be in that case, a guitar or other instrument’s, string vibration rate, of 440 cycles per second.

It was realized and noted by many sequestered critics, that these changes implemented in the World War Two Nazi Regime, had defiled the actual tonal reality of the earlier crafted, voiced in, as-built instrument’s, in relationship to the intended performance pieces of earlier musical eras. An excellent example would be, Beethoven’s, Moonlight Sonata.

Compared to version-one, this second version’s solo guitar playing style employs a significant Celtic Ambience utilizing a higher amplification gain setting, along with very simplistic, ever- so – slight, clipping distortion. The instrument is wired with an onboard Germanium type diode, more commonly known as, a, Feather Diode. A single, 1N34,-A, is installed inside the actual instrument as a modification. The lower strings are heavier gauged, as the instrument is strung with heavy bottom strings. . . .

It is an art-form in itself to voice an instrument. In this version, the playing style creates an ambience that is bent towards Celtic rhythm influence, tonality similar to a Hand drum. . The low string is played as, Tympani, or, in other words, “Reiteration of persistent rhythms, dramatic crescendos, sudden stresses, and atmospheric rolls”…. as defined by, Encyclopedia Brittanica. 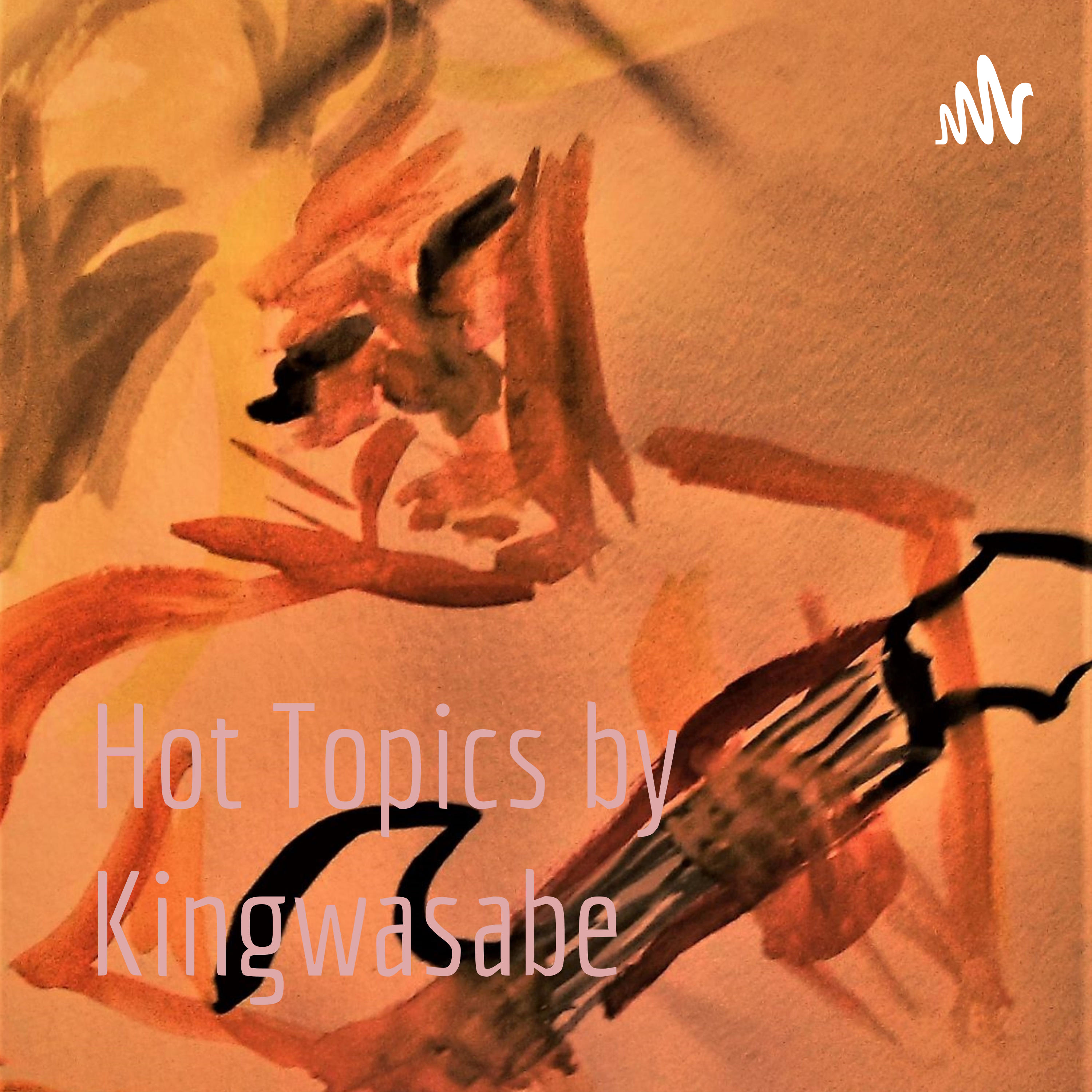 This episode is also available as Обновления TheWorldTour 2021 года,  as a blog post: https://kingwasabe.wordpress.com/2021/11/25/2021-theworldtour-updates-2/ — Send in a voice message: https://anchor.fm/kingwasabe/message